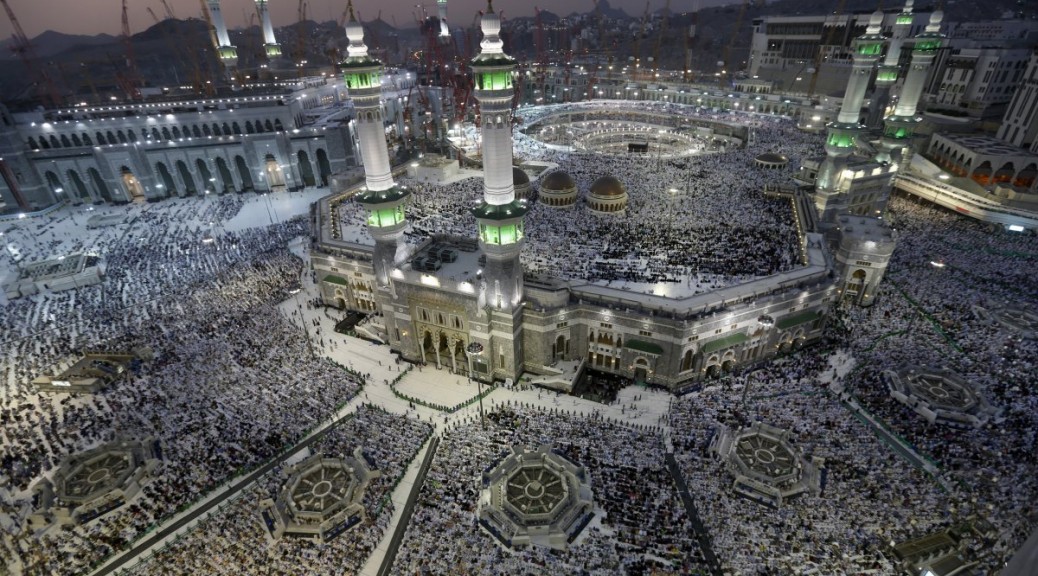 These are the five main obligations of faith that a Muslim must fulfill.

The first is the belief that “There is no God, but God (Allah), and Muhammed is his prophet.” This is called shahadah and it is a statement of faith in only one God and in the finality of Muhammad as prophet.

Salat is second and it is the ritual prayer that is performed five times a day: at dawn, midday, afternoon, sunset, nighttime. Prayer is done facing in the direction of Mecca, Islam’s holiest city.

Muslims must give a sort of religious wealth tax, zakat, where a fixed proportion of their wealth is collected and used to benefit the poor, debtors, volunteers in jihad, pilgrims, and tax collectors. Traditionally it is 2.5% of a person’s wealth (the value of all of their money and possessions), once per lunar year.

Fourth is required fasting during Ramadan called sawm. All adult Muslims are required to give up food, drink and sexual intercourse during daylight hours. It is a test of self-control that helps bring the person closer to God and increases their awareness of the suffering of the poor. At sunset they break their fast with a meal called iftar.

The fifth pillar is the Hajj. It is the requirement that those who are physically and financially able to must go to Mecca once in their lifetime. The number of people making the pilgrimage has reached two million.